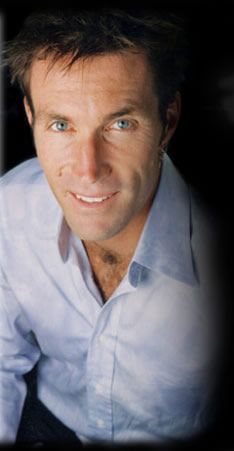 A couple of years ago I was lucky enough to interview Aussie tennis legend Pat Cash about a whole bunch of grooming matters. Known as much for his bad-boy good looks as his Wimbledon win in 1987 and that famous victory climb, he’s a man who knows all about the importance of keeping up appearances. So I discovered how he still manages to look every inch the sporting heartthrob and, since we’re in the middle of Wimbledon fortnight, thought I’d finally publish it in full…

Aussie men aren’t exactly known for being natural metrosexuals but how important is it to you to be well groomed?
“Well, I think women like it if a man takes care of himself – though my girlfriend likes my hair when it’s messy! But being well-groomed is increasingly important to me, especially as I do a more commentating and corporate stuff now.

And the most pressing grooming challenge?
“At my age it’s making sure there’s no hair growing out of my nose or ears!”

What about tinted moisturizers, hair removal products and eyebrow plucking for men? Is that taking things too far?
“I think it’s great. I mean you should look as good as you can. Of course, compared to 15 or 20 years ago men’s grooming has really changed. It’s really exciting now. My son is really into his clothes and skincare and always looks really cool.”

Your own style was – and still is – pretty unique. How important is image to you?
“Not very, to be honest. I’m much more comfortable in a T-shirt than a suit and my hair looks like this because I don’t wash it!  But I suppose I did have a certain look. My main contributions to the world of style were the earring and the goatee – I was one of the first sportsmen to have a goatee I think. And the mullet of course, but I’d rather forget about that! “

At the height of your fame you had quite a female following. Did that make you vain?
“No. I’m not  a vain person by nature but I am very self-conscious about my body and I like to stay fit. I like my food but I’m still playing semi-professional tennis so I do look after myself. I’ve got a young girlfriend too so that’s a motivator!”

And what about skincare. How important is that to you?
“Actually, I’m pretty relaxed about having a skincare regime. I mean, I do use a moisturiser and I like rosehip oil which has a lot of antioxidants in it. I’m becoming a lot more conscious of skincare as I get older though.”

You were diagnosed with skin cancer a few years ago – that must have come as quite a shock?
“Yeah, it did. My brother persuaded me to have one of my moles checked out because it had changed colour and didn’t look right. It turned out to be cancerous but luckily, it was caught early enough. They still had to take a chunk of skin the size of two fifty pence pieces out of my leg though.”

And has that changed your view of sun protection?
“For sure. I’m much more conscious of the sun these days. Like a lot of men, when I was younger I didn’t really bother about getting burnt – whether that was on court or off – but that’s changed now. Having a chunk cut out of you can do that to you. I always make sure I’m wearing a sunscreen, particularly on my face neck and ears and when I’m coaching I wear a hat. Since many skin cancers are the result of being burnt as kids I also make sure my own children are clued up. My daughter is 18 and a sun worshipper so I pester her to death to make sure she uses sunscreen.”

What about nutrition? Is that important to you too?
“Very. I’m a big believer in the blood group diet and I don’t eat wheat – I haven’t touched a bowl of pasta for five years. I’m from that school of thought that believes that how to look on the outside is dependent on what you put inside, especially in terms of vitamins, amino acids and water. I take about 20 supplements a day and swear by vitamin C and a supplement called mega-hydrate which hydrates your skin and helps protect against free radicals.”

And how do you chill-out?
“I don’t think I have for a while! Actually, I love vegetating in front of the TV, watching the Simpsons with my boys or catching up with the football. I love spas too, something that comes from the fact that hot baths and massages have always been part of my routine. Massages – especially deep tissue ones – are great for your muscles but also for your head too. They’re a fantastic way to de-stress. Hot baths with Epsom salts are great too – they really take out all the toxins.”

For more info about Pat see his official website at www.patcash.co.uk