The history of Paul Smith fragrances is a bit of a chequered one and I must confess, I have a nasty habit of liking the less succesful ones like Story (a fragrance that was ahead of its time in terms of its bookish, geek chic imagery) and Portrait which, alas, was more of a critical success than a commercial one.

Coming two years after Portrait and a year after Extreme Sport, Essential is an altogether safer fragrance that leaves nothing to chance by covering all the commercial bases: it’s woody, it’s spicy and it’s aromatic, making it familiar, inoffensive and versatile. Slightly reminiscent of Gucci’s Guilty Pour Homme, with which it shares several key notes, it’s probably not going to set the world alight in terms of originality, but with its low price point (under £30 for 50ml) and wearability I suspect it will do pretty well commercially.

After the bravery of Paul Smith’s last fragrance launch Portrait For Men – a quirky fragrance built around a fresh green tea note – the iconic British designer’s latest fragrance, Extreme Sport, plays it safe (and keeps things a little more commercial) with a juice built around a raft of notes familiar to contemporary men’s fragrances. 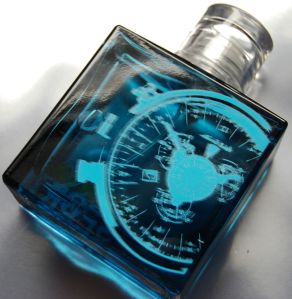 As is the case with many sport fragrances that don’t go down the super-fresh route it aims – a bit like Issey Miyake’s L’eau D’issey Pour Homme Sport –  to pack a mighty old punch instead. Citrusy, woody and spicy it’s a big, ballsy number that’s vibrant and energetic enough for daytime but warm and spicy enough to be worn for a night out too. If you’re a fan of Paul Smith Extreme – his most successful men’s fragrance – you’ll certainly like this version as it takes most of its cues (visual and olfactory) from that fragrance.

What it has over many other sport fragrances (Miyake’s included) is a genuine reason for being. Whereas you’d struggle long and hard to find an authentic connection between Miyake and sport, Paul Smith’s is genuine and well known. Not only did he start out wanting to be a champion cyclist (until an accident made him change dreams) he’s still very much involved in sport, especially cycling, designing jerseys for the Giro d’Italia and lending his signature style to a range of sportswear, sporting equipment and sports watches (one of which is featured on the box and bottle). For sure, that little touch of authenticity isn’t mentioned on the list of notes but it’s definitely tucked away at the heart of the fragrance – just spray and you’ll find it.

Paul Smith Extreme Sport launches exclusively in Boots on 2nd April and will be available elsewhere a month later.