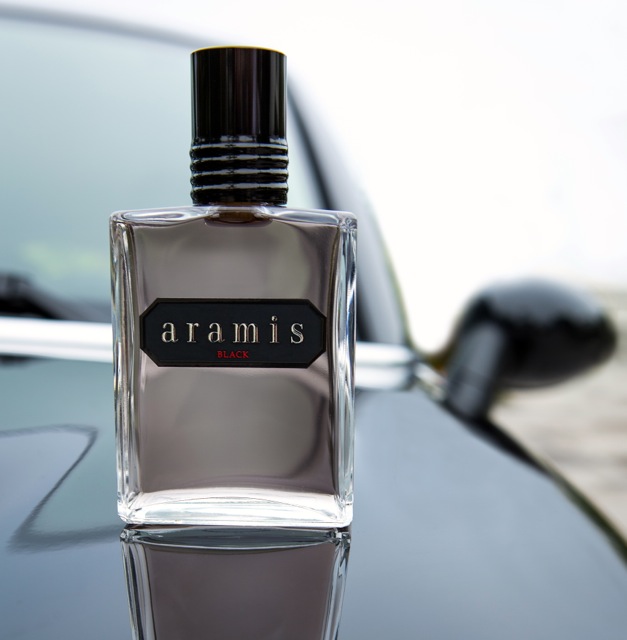 It’ll come as no surprise to anyone who loves and understands the Aramis brand that the latest fragrance in the portfolio, Aramis Black shares many of Aramis Classic‘s ‘core values’ as a fragrance. But although it might be a thoroughly grown up, multi-dimensional and autumnal fragrance Black is a little edgier, darker and spicier than its older brother: think Dynasty‘s Ben Carrington to Blake Carrington or – for the younger folk – Prince Harry living it up in Vegas rather than Prince William politely honouring foreign dignitaries at a state dinner.

Initially oudy and smoky, Black’s core is based around a lively and very noticeable peppery facet, softened and rounded out by smooth and vanillary tonka bean. The Aramis DNA is still very much present, though, in the shape of a lovely underlying leatheriness and a touch of boozy gentleman’s club but Black is altogether more in-your-face and contemporary. The inky juice is a nice touch, too, giving the whole thing a touch of mystery and menace.

I must say, I was a wee bit disappointed by the last Aramis fragrance, Aramis Adventurer, which was a hyperactive and rather brash fragrance in comparison, but Aramis Black puts things firmly back into, well, the black.

Available now from Boots and nationwide from August.