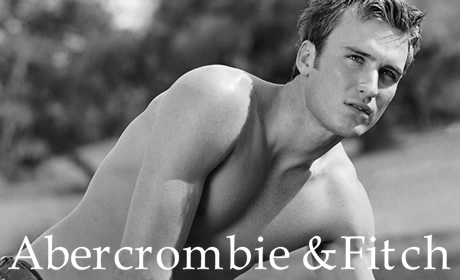 Love them or loathe them, Abercrombie & Fitch are a phenomenon. I myself have a somewhat tortured relationship with them. On the one hand I find the Savile Row shop a nightmare (the combination of low lighting and my longsightedness means I practically have to feel my way around and the youthful, posh-totty clientelle only make me feel older than I already am). But on the other I have a gruding respect for a brand that’s built up such a powerful and desirable image – one that isn’t just adored but idolised. I also happen to have more pairs of A&F sweatpants than I care to mention (I work from home so they’re practically work clothes). Given the Ivy League ‘jock’ image of the brand and my distinctly sedentary approach to living this is an irony that never ceases to amuse.

Anyway, anyone who’s been to an A&F store will also know that it’s impossible to escape the smell of Fierce – Abercrombie & Fitch’s signature fragrance (I’m always telling off staff for spraying it on the clothes since fragrance ain’t good for fabric). For me, though, Fierce is the smell of the modern, style-conscious, good-looking teenager (along with the odd gay man).

And in October Abercrombie & Fitch will launch not one but four brand new fragrances for men in the shape of the A&F 1892 Men’s Collection. Those who keep a close eye on the fragrance industry will know that Ralph Lauren did a similar thing with their Big Pony Collection – a quartet of fragrances that were big sellers last Christmas.

The really good news for fans of Fierce is that the four new fragrances are very much in the same mould and have a similar heritage but each is subtly different. Green is cool, crisp and minty, Cobalt is earthier, Yellow fresh and spicy whilst Red, in my opinion, is the nearest to Fierce in character.

Of the four, I prefer the Yellow and Green variants (I’m wearing the Yellow one as I type this) because of their freshness but I suspect real fans will be saving up for all four  – they do look rather cool after all. And they’d better get saving now because each rugby-shirt-striped 50ml bottle is £54.

One thought on “Coming this October: four new Abercrombie & Fitch fragrances for men”